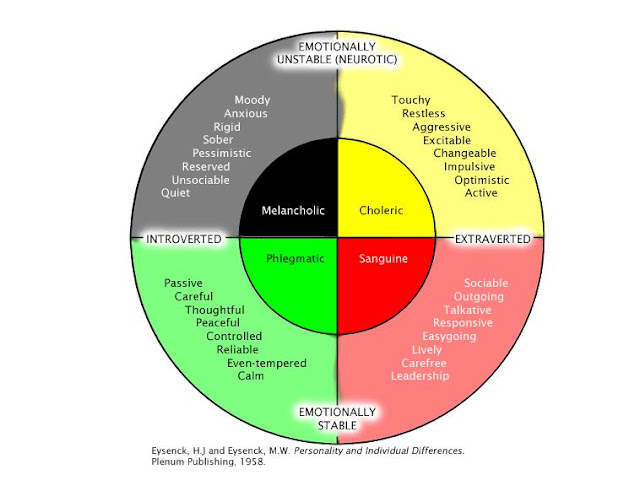 I’m reading the notes I took attending a day long workshop Sport Psychology with the Ireland Olympic Swimmer Julie Douglas, now a sport scientist doing her PhD having started out with a degree in PE from Loughborough a decade before.

I love that so much of what I did in my recent Open University Module ‘Creativity, Innovation and Change’ relate to personality type and the role it plays.

I have perspectives on this now from education, from business and from sport as well as two years of cognitive behavioural therapy to make me less a hedgehog and more a guinea-pig (my words!)

How a ‘contagion of positive emotions’ from and of the right leader or teacher will greatly enhance the learning experience and project outcomes.

The problem is, you need to be there to get the vibe. I dare say parenting therefore has a huge impact on the developing child – nurtured or knackered?

But what does this say about the role of distance learning?

A bit, not a lot. Tutorials from time to time may pay dividends. We should stop being such e-learning purists and meet face to face when and where we can … at least online, if not in the flesh.

And before I go anywhere, thanks to someone for the link to this which I received in my daily maelstrom of Linked In forum threads, emails, comments and what not.

Advances in neuroscience may help us understand the internal mechanisms that enable some people to be effective leaders, and some not. Boyatzis (2011)

The leadership role is moving away from a “results-orientation” towards a relationship orientation. Boyatzis (2011)

People who feel inspired and supported give their best, are open to new ideas and have a more social orientation to others. Boyatzis (2011)

The conclusion is that being concerned about one’s relationships may enable others to perform better and more innovatively– and lead to better results i.e. be an inspired, motivating leader, not a dictatorial or demanding one.

How therefore if running a course online does the course chair or a tutor engender these kind of feelings in their students?

The other lesson from this is to appreciate how quickly impressions of others get formed or the neural mechanisms involved.

They impact on how one person responds to another for some time to come. We are emotional beings, however much we’d like to control our behaviour.

The other idea is of ‘emotional contagion’ or ‘emotional arousal’ being picked up in the neural systems activate endocrine systems; that imitation and mimicry are important i.e. you cannot lead at arm’s-length – you have to be there, as must be your team, and by implication, where learning is involved, you students. Boyatzis (2011)

What you pick up in the presence of others is:

the context of an observed action or setting
the action
the intention of the other living being.
‘A sympathetic hemo-dynamic that creates the same ability for us to relate to another’s emotions and intention’ (Decety & Michalaks, 2010).

There are three implications of these observations Boyatzis (2011):

Our unconscious emotional states arouse emotions in those with whom we interact before we or they know it. And it spreads from these interactions to others.

Research has suggested that negative emotions are stronger than positive emotions which may serve evolutionary functions but, paradoxically, it may limit learning. Boyatzis (2011)

i.e. where the teacher shows leadership that engenders a positive response the learning experience is increased (think of the fictional character played by Robin Williams in Dead Poet’s Society, think of Randy Pausch the late Carnegie Mellon Professor of Virtual reality) … whereas negative emotions.

From a student’s point of view if you have a teacher you do NOT like (or no one likes) this will have overly significant NEGATIVE impact on your learning experience.

So it matters WHO and HOW you are taught, not simply an interest or passion for a subject.

The sustainability of leadership effectiveness is directly a function of a person’s ability to adapt and activate neural plasticity. Boyatzis (2011)

They each have an impact on neural plasticity.

Arousal affects the growth of the size and shape of our brain. Neurogenesis allows the human to build new neurons. The endocrines aroused in the PNS allow the immune system to function at its best to help preserve existing tissue (Dickerson and Kemeny, 2004).

I FOUND THIS PROFOUND

Leaders bear the primary responsibility for knowing what they are feeling and therefore, managing the ‘contagion’ that they infect in others.

(Is a disease metaphor and its negative connotations the appropriate metaphor to use here?)

It requires a heightened emotional self-awareness.

This means having techniques to notice the feelings, label what they are and then signal yourself that you should do something to change your mood and state.

Merely saying to yourself that you will “put on a happy face” does not hide the fast and unconscious transmission of your real feelings to others around you.

Leaders should be coaches in helping to motivate and inspire those around them (Boyatzis, Smith & Blaize, 2006).

But not any old form of coaching will help.

Coaching others with compassion, that is, toward the Positive Emotional Attractor, appears to activate neural systems that help a person open themselves to new possibilities– to learn and adapt. Meanwhile, the more typical coaching of others to change in imposed ways (i.e., trying to get them to conform to the views of the boss) may create an arousal of the SNS and puts the person in a defensive posture. This moves a person toward the Negative Emotional Attractor and to being more closed to possibilities.

What does say about parenting?

The role or the patriarch or matriarch in the family? And whilst your father may be an inspiring leader at the office, what if he is a nit-picking bore and a negative grudge when he comes home?

Boyatzis, R. E., Jack, A., Cesaro, R., Passarelli, A. & Khawaja, M. (2010). Coaching with Compassion: An fMRI Study of Coaching to the Positive or Negative Emotional Attractor. Presented at the Annual Meeting of the Academy of Management, Montreal.