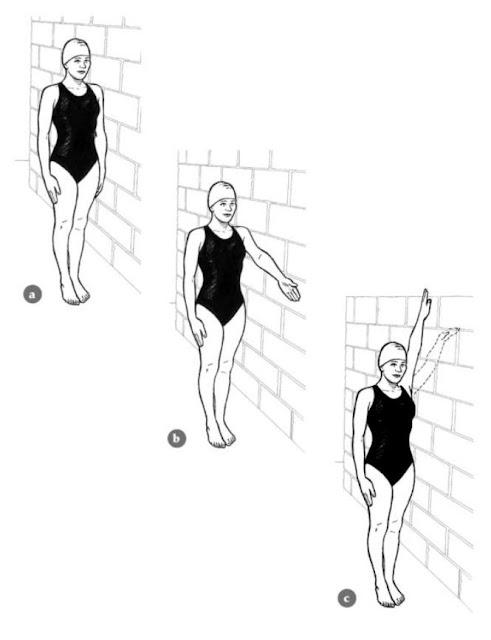 By the wall, left shoulder, palm facing thigh, rotate arm as if bringing it out of the water, rotate so that the palm faces the tiles, twist shoulder, drop and ‘pull’ down to the thigh. Repeat. x3. Then turn and face the other way. Use Ruben Guzman. To this I add practice of the ‘hesitation’ drill where the swim raising one arm to the perpendicular, counts ‘one mississippi’, rotates the hand, couns ‘two missippi’ then lowers the hand to the water little finger first. We do this drill during the session. Good to get an idea of how to do it correctly here.

On a bench, sitting over the edge of the pool.
Sitting down. Leg position. Long pointed toes. Flutter kick. 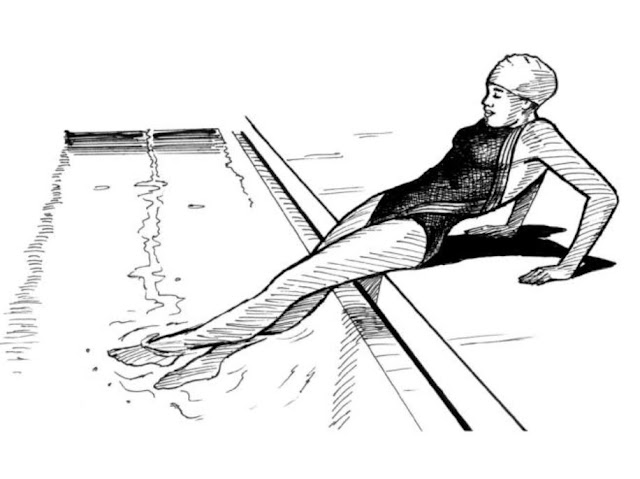 Emphasis on body position, head back as if resting on a pillow.

Drills
2 x 25m Pull along the lane rope
Instruct them to swap arms / Help them get the drill right
or 2 x 50m from Grade 5 upwards.
i.e. pulling along the lane rope with one, then the other arms.
Watch out, some will use both arms!!
It doesn’t matter if they don’t actually pull, touching will do to get them to rotate and bend the arm on the pull.

Sea Otter
1 x 25m
On front, duck dive to the bottom, up to the top, swim along on your back, roll over.
Swim it as short or long arm doggie paddle.
All about love for the water and fluidity. Duck five for tumble turns and diving, push of bottom for dives and turns too, rolling out the back and kick … all skills they need 🙂

2 x 25m Submarine periscope
During stroke HOLD the arm in the vertical, laser the ceiling, then continue the stroke
Emphasis on a steady flutter kick

2 x 25m Have them go down in pairs, side by side, synchronising the raised arm 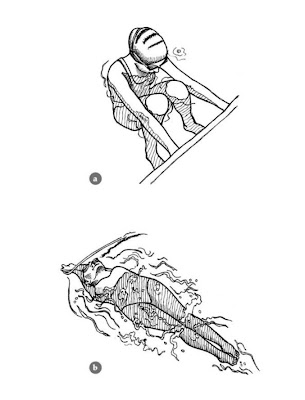 BC Start
Hold the bar on the block
One foot slightly below the other
on ‘Take you marks’ both get into a ball AND put your head back
Backwards dive
Emphasis on holding the arms in the streamlined position
Add a few dolphin kicks
Start the stroke with one arm keeping the other raises.

Race Pace – can they retain skill when the speed up?
1 x 25m race pace BC
From the shallow end
Streamlined glide
Dolphin kick into stroke
Steady breathing