Another set that for this Masters ‘Fitness Group’ C ran like clockwork. They covered all the ground.

The programme also lost Recovery 3 so that could get it all done in an hour.

This is the programme with adjustments made to suite the reality in the pool. Not a competitive group, but happy to be set some targets.

These swimmers can take a punishing schedule and are highly competitive. They will swim a set based on the National Squad, with a little more time for turn arounds and sometimes fewer repetitions.

Only one swimmer to begin with, the second joining during the first Race Pace Set. I was asked about lactate production and didn’t have an answer. Up to Race Pace Set 2 the sets had gone like clockwork, to the upper limit of the margin I had given. They took an additional breather of 2 mins+ before this and took a longer rest at the 8 and 16 mark giving themselves only 2 mins for a swim down. One swimmer did all of the RPS2 as Fly, the other with a mix of strokes. One swimmer completed the swim down in the public lane.

Too ambitious. Needs to be some 250m less. Rest times were right, the volumes not.

This set that includes the very 2010s idea of ‘Underwater Dolphin Kick’ was rejected by the Masters who just swam it out as FC and as a result finished the programmed 10 minutes early. Their habit is to bash up and down the pool juding the distance covered as the most important criteria for a successful swim. I put in shorter, hard work with appropriate rest and they can skip the rest and bash on with the next set instead.

I might by CH not FC as Choice not Front Crawl but one or two will do FC regardless, or an IM or simply mix it up. At least they agree with the other swimmers in the lane. They never ask the coach – they just do it.

Ambitiously thinking that this A Competitive programme could be adjusted for the B Competitors I simply reduced the number of repeats for them in the mains set.

The lead swimmer ignored the rest periods and barely managed the negative split. I should actively monitor the rest given, push for a specific effort or turn around time and make sure they take the appropriate test, otherwise it turns into a 1 hour plod at a Basic Aerobic pace.

Pace/Effort required should be indicated in the Main Set.

The splits were barely attempted. If I am taking splits I should call them out and expect, in this example, say 45/40, or 40/35. This would be easier if I increased the number of repetitions. Next week they’ll get 8 x 100m negative split for FC and CH.

The Race Pace 16 x 25m required greater pace and therefore longer rest. The lead swimmer, who others followed, cut the barely adequate 15” rest to 5” possibly in a desire to complete the 2800m distance. Better that I create more flexibility for the Swim Down and give a floating end of swim target of +/- 200m  Similarly the ‘feet on wall’ is there for a reason – to counter the swimmers who always drift into the wall at the finish. To be repeated and policed! 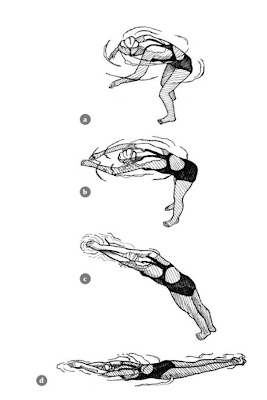